Growing up in Six Nations Ontario, Jason Hill always had big dreams. His dreams, drive and ideas would soon lift him to prominence in a range of industries, from retail to construction.

Amid all his success, there’s one goal that was especially satisfying to fulfill — his dream to build a better burger.

Burger Barn is the delicious result of Jason’s appetite for innovation. Combining the tastes of native cuisine with Southern-style comfort food, Burger Barn is a unique dining experience for families who seek the value, farm-freshness and extraordinary taste of gourmet burgers — along with an array of other favorites such as Indian tacos, chicken wings, ribs, homemade pies and all-day-breakfast offerings.

Jason opened the restaurant’s doors in 2011 and doubled the seating capacity in 2015. When the pandemic struck, he unveiled a small fleet of Burger Barn food trucks and expanded his take-out options.

Word of Burger Barn has reached beyond Ohsweken and Ontario. After Burger Barn was featured on The Food Network’s “You Gotta Eat Here,” tourists began adding the stop to their itineraries.

Patrons from around the world enjoy not just the great food, but the restaurant’s atmosphere of fun, friendliness and family. Jason’s playful sense of humor is on display with specials that appear on the menu, such as the “Innit & Out Burger.” This whimsical nod to the iconic California burger brand features two classic stacker patties, American cheese, caramelized onions, lettuce, tomato and a special sauce.

Jason began his career as an industrial painter. After starting a family, he realized that reaching for his dreams required more. Within the next several years he created a string of successful businesses, including convenience and specialty stores, a wholesale confectionery supply outlet, a fueling station and a construction company. Many communities in the Six Nations Territory have benefited from the residential and commercial projects of that company, Ace 1 Construction.

Jason’s appetites aren’t limited to the burger business. Among his other passions are the Belgian draft horses and Clydesdales he raises, which have been showcased at a variety of equestrian events.

Jason is also a race car enthusiast, who began his participation in the sport by sponsoring a driver in 2015. In short order he put together a team of Burger Barn racers who compete throughout Ontario. In 2020 his team won the Southern Ontario Sprint Car Championship. 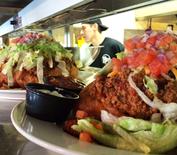 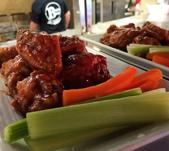